Why is an absolute concentration so expensive?  How is an absolute oil achieved?  Why would anyone want an absolute? In this article we will start by providing an introduction that answers these questions.

An absolute oil concentrate is produced only by special laborious methods. The exquisite and exotic fragrance of some flowers become spoiled, or lost entirely, if using  heat steam distillation  to process their flowers for obtaining an absolute oil, therefore other means of extraction are undertaken on certain delicate flowers.

An absolute oil is most commonly achieved by one of two methods, either by enfleurage or by solvent extraction.  Steam distillation simply does not capture the essence of certain delicate flowers so solvent extraction or enfleurage is necessary to capture its aromatic properties. Hexane free, and CO2 extractions are becoming more available.

Solvent extraction is the method most commonly used today to produce absolute oil. Enfleurage is an extremely time consuming, very laborious process, or an ‘art’ if you will.

The enfleurage method is still employed mainly in areas of France more so than in the rest of the world.  Cold Enfleurage involves laying the whole flower top, or singular petals, onto two sides of a glass insert containing a purified fat substance, all of which are housed in a frame called a chassis.

The essential oil is naturally pulled out of the flower and infused into the fat.  This process takes about 3 days (per batch of flowers) for the essential oil to be drawn out, and is then repeated by adding another fresh batch of flowers until the fat reaches a desired concentration level. Many batch changes are performed and are accomplished all by hand. At approximately 3 days per batch, it can take (depending on the particular flower) as long as three weeks (7 batch changes) before the fat has become saturated. 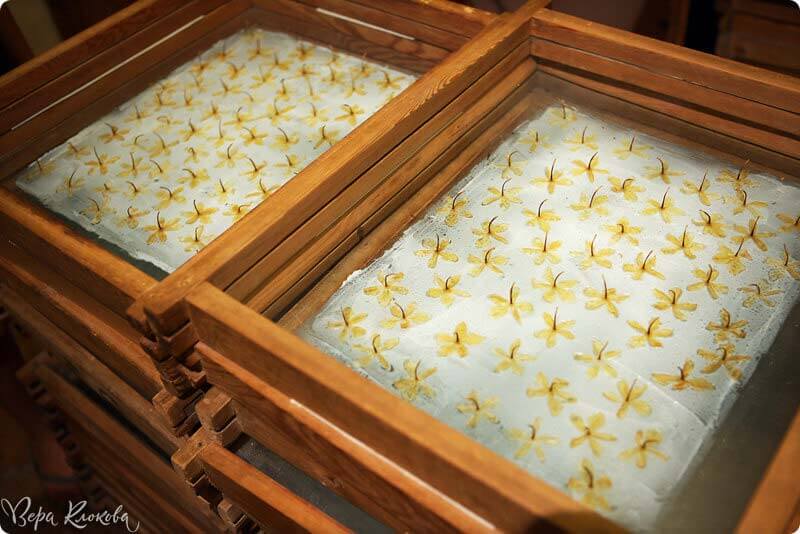 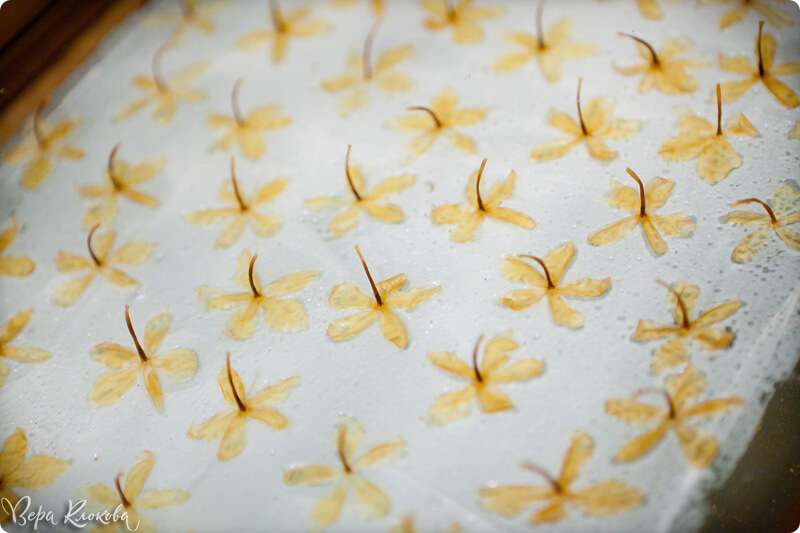 After the desired saturation has been achieved the next step involves separating the essential oil from the fat.  Once the fat is saturated it is called an 'enfleurage pomade' and ready to separate the floral essence contained within the fat. An alcohol wash of the enfleurage pomade separates the essence from the fat, where it co-mingles with the alcohol until the alcohol is evaporated away. After evaporation, the concentrated oil we call an absolute is all that remains.

Enfleurage is the oldest form of botanical extraction.  It was invented in the 19th century in Southern France, particularly for the fine perfume industry. 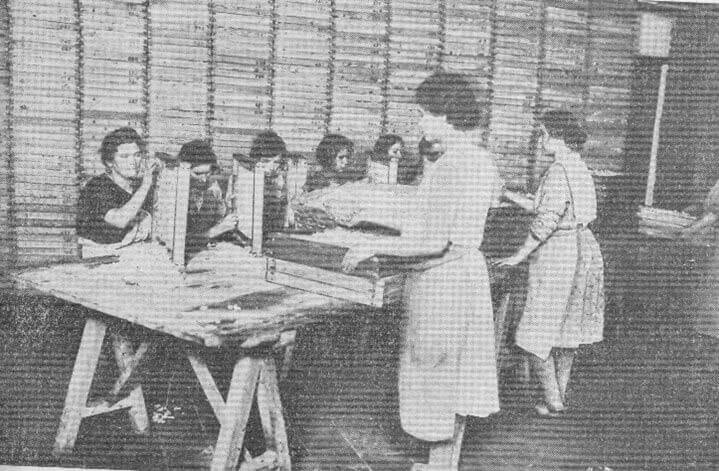 Should you ever find yourself visiting the Eze or Grasse areas of France by all means take a journey to one of the numerous perfume houses that this region of France is so famous for. Many offer tours and even short courses on fragrances.  Once your nose has been delighted by a true absolute concentrate achieved by cold enfleurage any questions you might have had about this luxurious form of oil will be immediately answered and forever remembered!

Solvent Extraction: The first step of solvent extraction produces a waxy substance known as concrete from immersing large quantities of flowers into a solvent. The solvent is then removed from the concrete resulting in the rich substance known as absolute oil. This very rich oil carries the properties of a flowers floral fragrance and is, like in enfleurage, the most concentrated form containing the purest and most unique aromatic properties. Most, but not all, absolutes have a thicker viscosity than an essential oil.

Absolute oil is considered a delicacy among those who formulate custom perfumes, fragrance products, and aromatherapy blends.  A very small amount (just a drop or two) goes a very, very long way!

Should you find yourself in the mood to splurge on the pure decadence of an absolute you may just overload your olfactory senses on the first whiff, so is best to always dilute a few drops for evaluation purposes.

Dilution of a small amount will give you a better idea of how the particular absolute will evolve once blended with other ingredients. You can use a carrier oil such as Jojoba  or Sweet Almond to dilute most, but not all, absolute concentrates. For example, Beeswax Absolute and Cocoa Absolute will only dilute using a high proof clear alcohol such as vodka. or more preferably, perfumer’s alcohol.

comments powered by Disqus
Subscribe to our NewsetterReceive news on sales, specials, and information on amazing new product releases
TOP